A Common Domain Model (CDM) for the Securities Finance Industry has the potential to provide an effective foundation to help resolve a range of challenges across the sector. These challenges are a result of the way the business has evolved since the 1990s and a consequence of a non-standardised industry taxonomy and data model. Pending regulatory reporting obligations have the potential to highlight the issues and provide a motivation to address the problem.

Since the 2008 financial crisis the low yielding economic environment has driven banks to focus on efficiency and cost cutting. Through wage arbitrage, headcount reductions, offshoring there has been some notable success to improve cost income ratios. However, it seems the investment banking average has settled around 75%, compared with a top 200 global bank average of 60%. One key reason for the inability to improve further has been the increase in new costs – mainly regulatory and compliance costs.

For the Securities Financing businesses, there has been limited transparency and oversight of transactions, positions, leverage and collateral movements and re-use.

With the advent of transaction reporting for SecFin trades under SFTR there is a new compliance overhead to be assessed and optimised. Under the current model in an SFTR world a typical SFT may be reported by and to the following entities: Dealer -> Execution Venue -> Middleware -> Dealer -> CCP -> Trade Repository -> Regulator.

For stock borrow/loan, repos and margin lending there are many lifecycle events that will make a significant impact on the trade reporting requirements. Each trade will have to be reported at several stages pre- and post-trade:  transparency, reuse, new, amend, novate, recall, return, terminate, partial, etc,

Where each participant in the industry landscape interacts, there will be a requirement to match data and an opportunity for inconsistency to creep in. The problem lies in a lack of standardisation of business process and taxonomy creating an undisciplined approach to data standards. The resulting reconciliation, exception management and outright operational inefficiency force a significant cost burden on the industry.

While SFTR proposes the use of an ISO 20022 standards-based message for reporting, there is no guarantee that the data included in the message will conform between industry participants.

From prior experience the Trade Repositories know that the exceptions created on trade matching are often caused by the multiple non-standardised fields returned within the reporting message due to poor processes and data quality. Even if ISO 20022 is used, reporting entities can still populate the message with their own view of the data.

The outcome is a wide range of data attributes and an industry taxonomy that is not fit for the future.

In a post SFTR environment these inefficiencies have the potential to create an unsupportable overhead on the business.

In a parallel universe (the Derivatives world) where there is a single global industry body (ISDA), the recognition and understanding of the need to resolve the root cause issues at source has triggered a project to define a Common Domain Model (CDM). The goal in this more mature sector is to facilitate the development of emerging technologies such as distributed ledgers (DLT).

For the Securities Finance industry the goal is not so much a technology fix (DLT) more a stepping stone to a more mature, efficient operating model and improvements to the data standards that underpin it.

While a future state involving distributed ledgers is a potential goal, the discipline needed to standardise and deploy a CDM in data and event terms is beneficial in its own right in solving some of the industry’s problems.

The approach to defining a Common Domain Model has the potential to bring tactical benefits to the industry by transforming data integrity while slashing reconciliation and reporting costs.

The Securities Finance industry has a unique opportunity to lay a strategic foundation and prepare the market for the future. If there is not a move to a common standards-based model, in a post SFTR environment the industry runs the risk of unilateral disparate implementations continuing the fragmented, silo’d situation that currently underpins the cost challenge.

There is certainly the opportunity for a cost optimised approach to SFTR compliance through use of vendor solutions and reporting services. Tactically this model may permit a short-term reprieve, but to leverage market efficiency and future economies of scale the market requires common standards.

The proposed approach to a CDM will be to leverage some of the learning and best practice defined by the derivatives market. The ISDA CDM begins at the “event” stage. An event represents an action that may be applicable to any trade e.g. initiating the trade, cancelling, amending, novating etc. The few first stage events identify actions which are independent of agreed contractual terms.

Beginning with events rather than products or elements, the process scales up to whole portfolios, allowing for the automatic operation of portfolio events such as collateral calls, capital and risk calculations.

The CDM represents an inherently future-proof and infinitely-scalable solution to a problem which is fundamental to the securities finance industry. Furthermore, it has the potential to offer a foundation for emerging technology to reduce costs and automate legacy manual functions. The success of a Common Domain Model in the securities finance industry will be dependent on the speed and extent of adoption. An open dialogue with representatives across the industry will inform and propagate ideas on the benefits of such a model.

The pending regulatory changes will carry a significant overhead and drive modernisation of the business and technology supporting it. Any half measures will push a greater expense down the road and there will be potential impacts across the industry.

The Field Effect is drafting a CDM design and analysis plan that requires support from the industry. Through a collaboration with Delta Capita, TFE has identified an approach to bring several interested parties to the table to drive innovation and change across the Securities Finance Sector. Industry bodies and trade participants are invited to attend and learn more.

TFE will be attending at the ISLA Conference on 19th June, please get in touch to learn more. 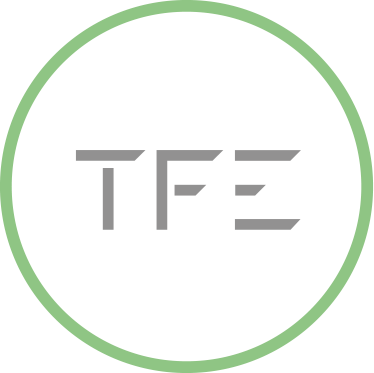